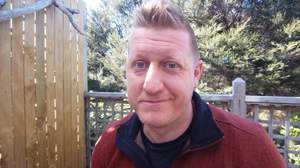 pre-s. Want to watch? The video letter is here. :)

I've written this letter seven times now, and in all the years I've been doing this, I've never needed more than two drafts. I think it's just going to take a bit to get it all out. But hang in there. I think it'll be worth it. :)

See, things are changing. I'm changing. Not how I expected, or even how I was ready for - but changing, and for the better.

Maybe it's Waiheke. Or Covid-19. Or the crisp autumn air laced with Manuka that cuts through my house at night.

Or maybe I should start at the beginning.

Back at the start of 2020, my plan was to travel, make products for Ink and Feet, and build it into my full-time job.

Here, almost halfway through the year, what's actually happened in those months is a lot of repairs and rebuilding of our house, and a long Covid lockdown that looks to shut down those travel plans for a pretty long time to come.

But week after week, I kept sending you these letters. Partly it was habit and partly it was the connection I feel with all of you, and partly it was because it felt like something I could contribute to help with our collective trauma. But as the weeks passed by, I knew a tension was ticking.

See, there's something I've never shared about these letters. There's a tug of war about them, deep inside my brain and heart.

On one side, there's this narrative in my head that the only reason people read the stuff I write is because it's coming from somewhere cool, halfway across the world. Or because I've had a clever smart thought that people would really find useful.

That narrative connects to stories I wrestle with in my own identity about having to justify my own existence. That if I'm not producing something of value, being useful, then I don't have a right to do what I'm doing.

But there's another side. Over there, there's a much quieter voice that's not too concerned with being useful. It notices, makes beautiful things, obsesses about how well a thing is done rather than how useful it is.

That side gets to contribute to projects, but in the tug-of-war of how I've spent my life, it's never won out. I've always chased something useful or productive or "worthwhile" to do with the years I've had.

But here, over these long-paused days, something unexpected has happened. Maybe you've noticed.

As this has all stretched out, I've rather run out of clever things to write about. Useful things. Productive things.

The part of me that insists on usefulness has slumped, exhausted in the corner, run ragged by its complete inability to do anything about what plagues the world, and stuck in a space where useful isn't really an option.

And that quieter voice - the one that notices tiny details and emotions and traces the grain of a table while seeing tree - has filled the gap.

Last week, I sent out a love letter to a crowbar.

In years past, when I'd write letters like that one, my head would be filled with second-guessing and 'oh god everyone is going to unsubscribe', and you know what?

In fact, the more I've leaned in to just sharing art, moments and words bent over and twisted to catch the light - the more all of you have seemed to love it.

With nobody around to stop it, that part of me took bigger experiments and made a video. Then another. And I'll-be-damned, you folks loved those even more.

And on last Tuesday, I realized something I wish I'd figured out years ago.

This is what people have been coming here for, the whole time.

People have been literally telling me this for years every possible way, but the voice about usefulness in my brain never shut up long enough for me to hear them.

It's been a bit of a cascade of realizations since then, things personal about how I see myself, and things about Ink and Feet and how it's built.

That maybe the way I've been trying to do things for years - making products and software that people find useful while trying to sneak in some art - is backwards.

Maybe I should just make the art. And find ways to support that.

So that's what I'm going to do.

It feels scary and exciting and simultaneously centered and obvious and true.

I still have a couple more big repairs left on this house, but after they're through, expect to see more art, and more ways to support that art popping up. More videos. Projects. Experiments and interactions. Things like Patreon. Custom-designed merch. Maybe even a couple smaller books (the novel is still a few years off.)

And, of course, expect these letters to keep coming, and to continue being less useful and more beautiful.

I hope you enjoy them, and thank you so, so much for your support now and in the future.

The world might not be built out of flowers, but it sure wouldn't be the world without them.

p.s. The best thing I saw all was simple and happy and so, so relatable. The world's laziest wolves, howling without bothering to get up. :)